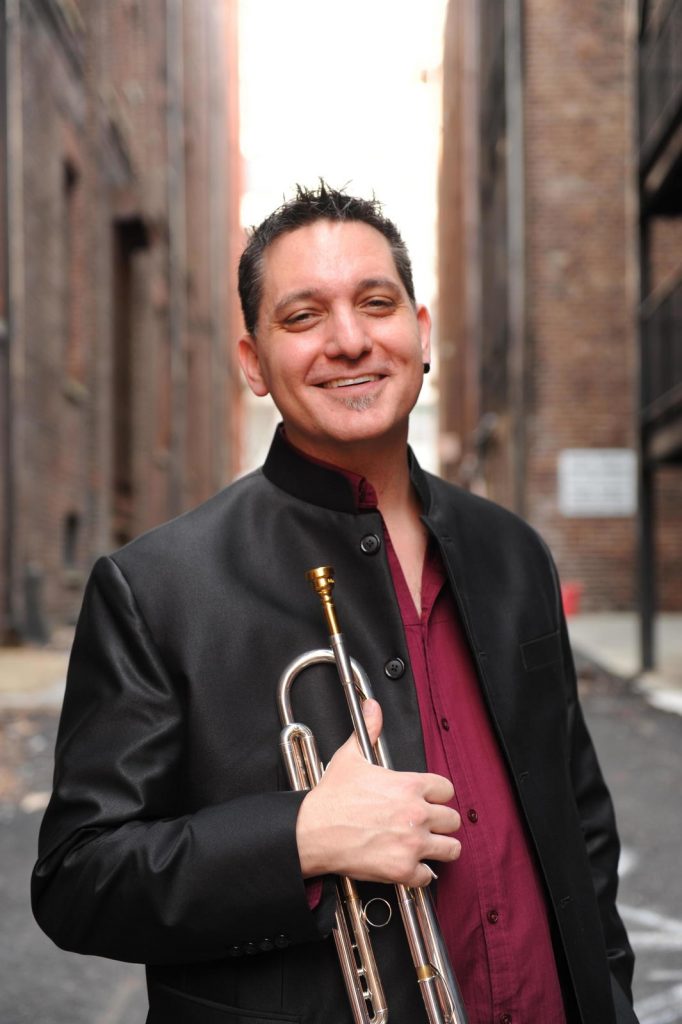 Hailed in classical circles as “among the very best trumpet soloists in the world today,” (International Trumpet Guild) and in jazz as “a standout soloist with the power, range and flexibility to rival Freddie Hubbard and Woody Shaw,” (DownBeat Magazine) Yamaha Performing Artist Rex Richardson was named the 2008 Brass Herald Personality of the Year.

A veteran of the acclaimed chamber ensemble Rhythm & Brass, jazz legend Joe Henderson’s Quintet and Sextet, William Russo’s Chicago Jazz Ensemble, and the Brass Band of Battle Creek, known as the world’s “Rolls Royce of Brass Bands” (Brass Band World), he stays busy as a headline artist at international brass and jazz festivals and as a soloist with orchestras, concert bands, brass bands and jazz ensembles on five continents. These ensembles have ranged from the Phoenix Symphony to the U.S. Army Field Band, and from England’s Fodens Brass Band to the U.S. Air Force’s Airmen of Note Jazz Ensemble.

A tireless champion of new music and an advocate of improvisation in classical as well as jazz settings, he presented the premiere performances of genre-bending concertos by Dana Wilson, Doug Richards and Peter Meechan on five continents since 2006. Since then he has performed James Stephenson’s Trumpet Concerto no. 2, “Rextreme.” in over twenty countries. 2016 will see the premiere performances of four new concertos written for him by Anthony Plog, Allen Vizzutti, David Sampson and Andy Scott.

Richardson’s first six solo recordings, including the 2010 release Magnum Opus: 21st Century Trumpet Concertos are all released on Summit Records. His most recent CDs, Bugles Over Zagreb: the Music of Doug Richards” and Blue Shift have just been released in October of 2014 to rave reviews. Style Weekly called Richardson “One of the world’s most engaging and astonishingly versatile trumpeters.”

Richardson has taught at Virginia Commonwealth University since 2002. He served as Yamaha Artist-in-Residence for the Royal Northern College of Music in Manchester, England for spring of 2012 and thereafter served the RNCM as International Tutor in Trumpet until 2015.